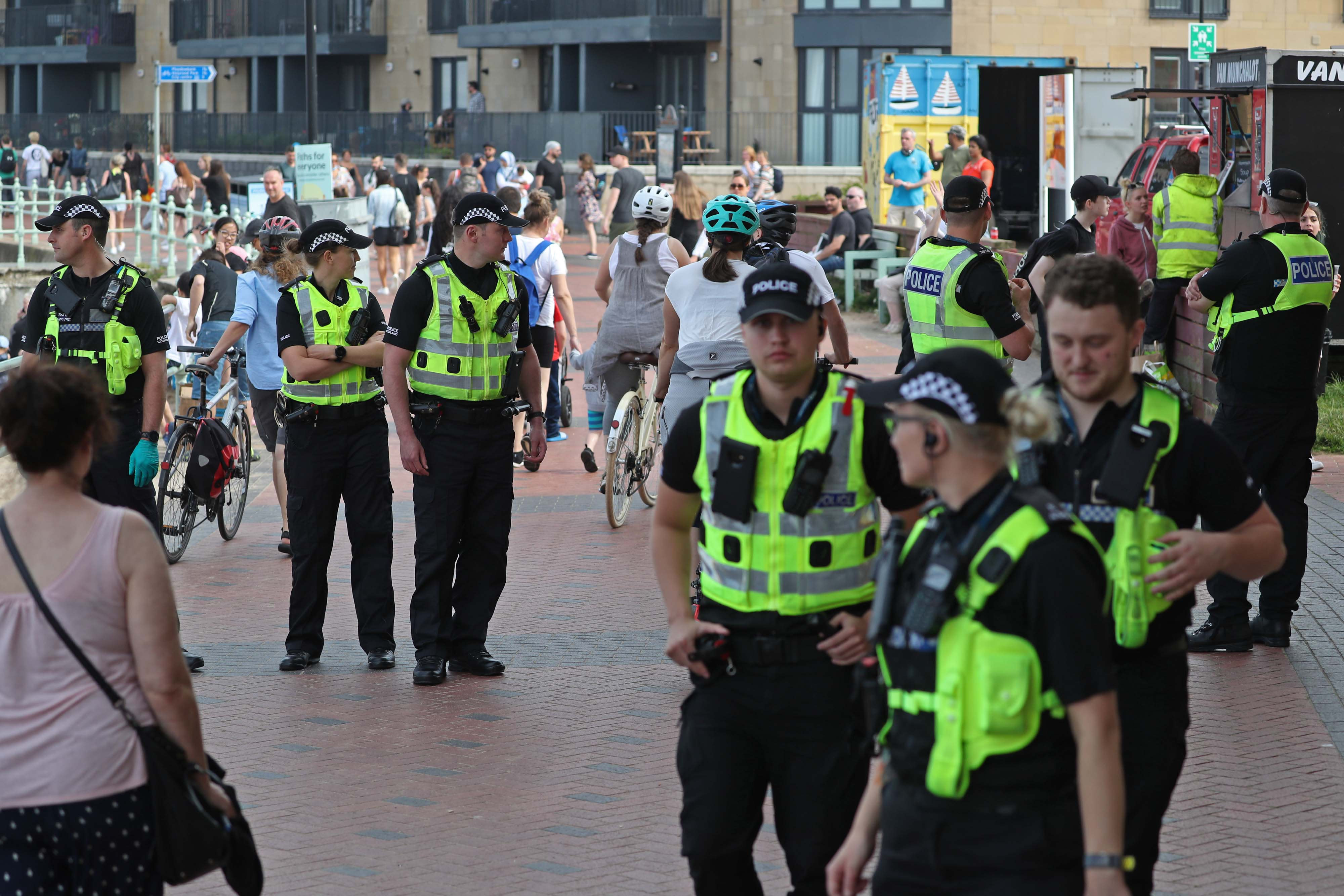 Brawls have erupted on beaches across the UK as thousands of people flocked to the seaside on the hottest day of the year.

Police were forced to intervene in Bournemouth, Wales and Scotland when some sun-seekers got into fights on Friday.

They had taken advantage of the high temperatures which hit 37.8C at London’s Heathrow Airport.

A video on social media showed police escorting a woman from Bournemouth beach after an alleged fight between two groups.

A Dorset Police spokesperson said: “Dorset Police received a report at 4.37pm on Friday 31 July 2020 of a fight involving a group of young people in the area of Bournemouth Pier.

“A 16-year-old boy and a 16-year-old girl, both from Southampton, were given a section 35 order dispersal notices, requiring them to leave the area.

They added officers were continuing with enquiries.

Bournemouth, Christchurch and Poole Council have told people not to bother going to beaches this weekend because safe social distancing cannot be maintained.

Police also intervened at Portobello beach in Edinburgh to deal with a large disturbance and they were forced to disperse groups and confiscate alcohol.

Sun-seekers at Barry Island, in Wales, also failed to stick to social distancing guidelines, with images showing packed beaches, trains and roads leading to the area.

Police also prevented an illegal party planned in Chalkwell, Essex, by closing down part of the seafront on Friday evening.

Essex Police added in a statement: “A dispersal order will be in place covering Chalkwell Park, following information about a large planned gathering.

“The order will cover the area shown in the map below, including London Road, Chalkwell Avenue, Leigh Road, Mount Avenue and Chalkwell Esplanade and the beach to the low water marker.”