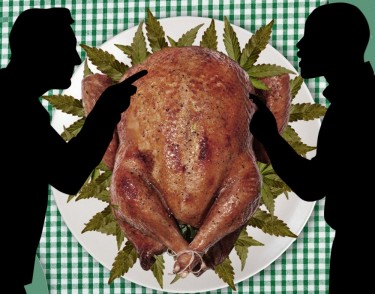 Are you ready? It’s almost “Turkey time” and if you thought all of the Thanksgivings of the past were controversial because of your “racist uncle” or “out of date parents” – how do you think thanksgiving 2020 will play out?

Not only is the United States in a current political grid-lock, the citizens are split right down the middle. My solution would be to literally split the US into 3-4 mini sections, and allow different political processes to play out. That way, if you’re very socialistically inclined, you can move to a place that resonates with your political views – problem solved!

Oh but that is merely a pipe dream [for now].

Nonetheless, one thing that is always a reoccurring theme in Thanksgiving is family fighting. People don’t see each other for an entire year and throughout this process they reinforce their own opinions by surrounding themselves with people who agree with them.

The problem with this approach is that once you reach your family, and they have opposing views – well, that’s when the yelling starts.

In order to make it through this Thanksgiving, it is absolutely necessary to turn it into “Danksgiving” at least for your own peace of mind.

This is probably the best bet for a peaceful Thanksgiving. In my house for example, consuming cannabis is as common as drinking a beer. Even with some of my family being far more religious than I am, they have accepted that there is no inherent evil to smoking cannabis. Mainly because I have maintained a very respectful position throughout the time it took them to accept it.

How so? For example, they know I smoke – but like any other smoker, I step outside of the house if there are non-smokers. It’s called decency. Over the years, they saw when I smoke I’m still in my faculties, just a little bit happier.

Nowadays even my grandmother consumes cannabis in one way or another – we don’t have those issues anymore.

If you can’t toke together, toke alone…

Perhaps you don’t have a family environment that are as open as mine. However, this doesn’t mean that YOU can’t get high. You should, especially if there’s controversial topics that will be discussed. This will allow you a moment of reflection prior to reacting to anything that.

This is probably the best advice for everyone. If something isn’t sitting right with you, you could try to argue with your familiar to “convince them” but if you’re honest – how many times have that occurred in the past? How many people have you convinced by arguing with them? My guess is “not many”.

Rather, simply say…”Well, I respectfully disagree with your opinion and find that us discussing these matters does nothing to solve it and only works to enrage us…shouldn’t we rather enjoy each other’s company instead?

Make a Rule of “non-talk-able topics”

If your family is just too political or opinionated, then perhaps a Danksgiving Truce could be arranged. Simply say, “Hey folks, I know that there’s been a lot of controversial things happen this year, but can we keep things civil?” If they agree, let people list their “Trigger Topics” and then you simply don’t talk about those things.

There’s so many other things to talk about other than politics.

Stop giving so much of a shit!

This is my final point. I have long realized that “talking about things I can’t control” only depresses or angers me. There was a time I would argue with anyone about specific political points or policy issues, but these days I simply take a deep breath and remind myself that this is really not that important.

Sure, it may seem that way, but if you’re truly honest about the power you wield, you have no power over anything that happens outside of your own choices. I recommend being the Stoic this Danksgiving, to cultivate peace and unity within your family, especially during such a divisive time.

Is your Danksgiving going to be virtual?

Some people may not even be able to visit their family this year. In that case, if you’re going to be doing video conferences with your family, you really don’t need to talk about any of the things I spoke about. Have your bong off to the side and take a hit whenever you need to, it’s not like anyone’s going to mind…

It’s a weird time to be alive folks, we have so much hate and aggression in this world that it should be our priority to cultivate peace and unity.

How about this Thanksgiving, you focus only on the things you are Grateful for? It’s probably the best thing you could do for everyone. 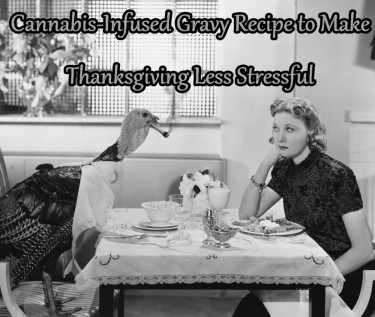 HOW DO YOU MAKE CANNABIS-INFUSED TURKEY GRAVY? 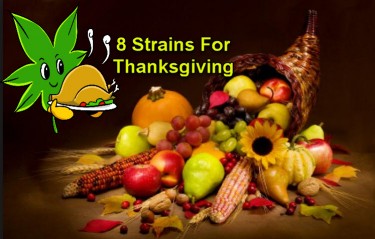