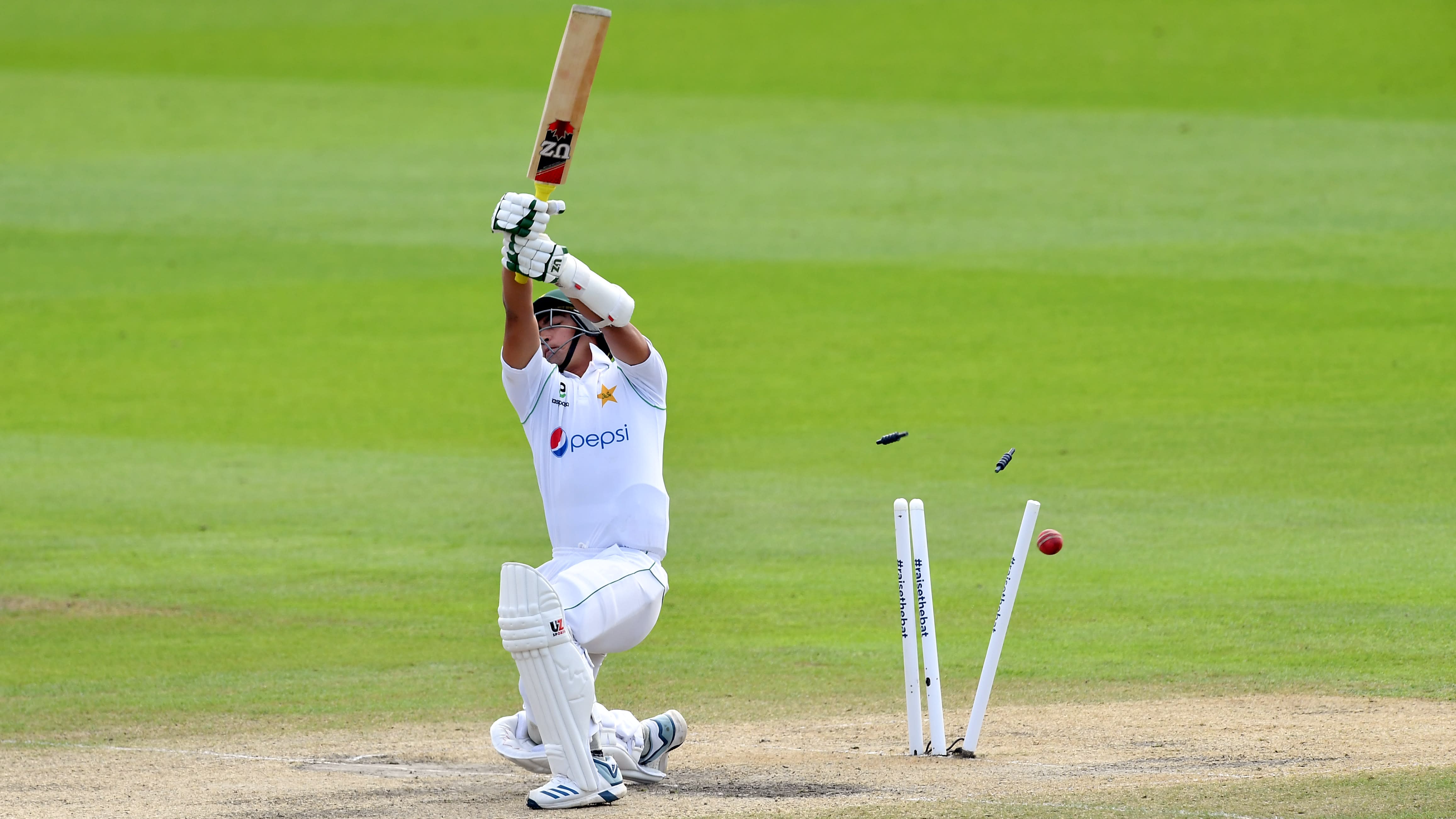 England will need to chase down a formidable target of 277 to win the first Test against Pakistan after handy late runs from the tourists’ tail.

Pakistan resumed 244 in front and eight wickets down, throwing the bat merrily as they added 32 runs to the total in just 16 balls on the fourth morning at Emirates Old Trafford.

Yasir Shah, who is likely to have a major say with the ball, slapped three boundaries and one agricultural six in a brief but very useful stay, with Jofra Archer and Stuart Board both on the receiving end.

Broad had him caught behind for 33 swishing wildly to finish with three for 37, before Archer recovered from a loose first over to bowl Naseem Shah with a fast, full delivery.

That left Pakistan 169 all out and left England in need of the second highest run chase in history at this ground.