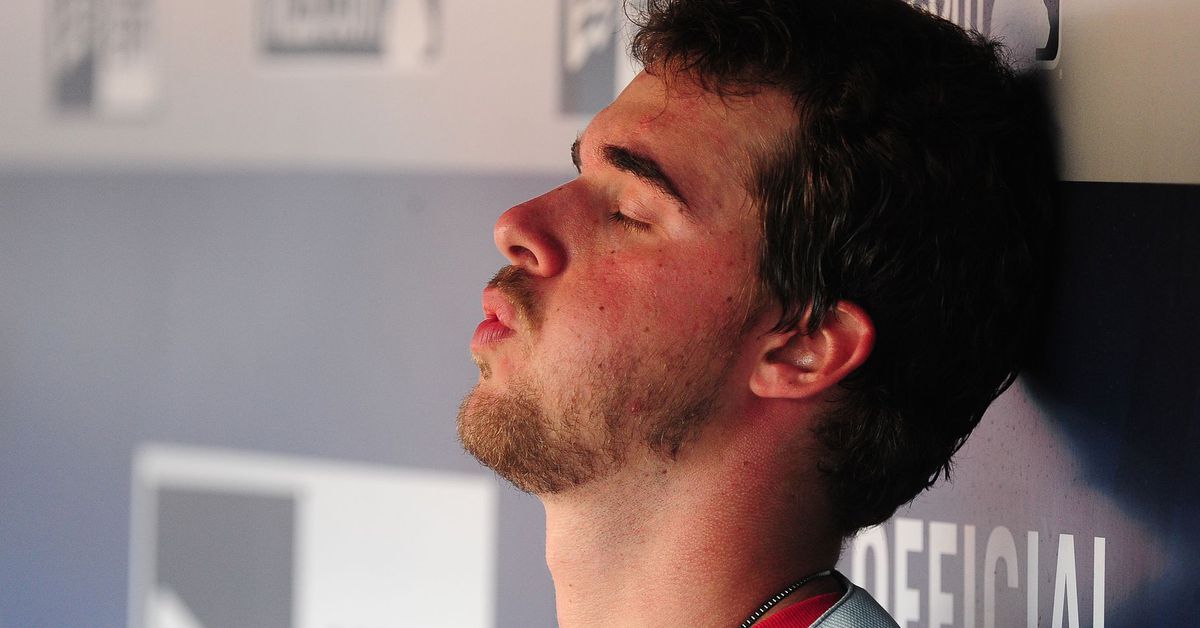 Let me just say something, outright:

Great, now that that’s out of the way…

Last night was a tumultuous one. The Phillies demolished the Yankees offensively in game one, a game in which Zack Wheeler was absolutely dominant.

Sure, his first two innings were rocky, by no real fault of his own, but, after that, it was smooth sailing for the Phillies’ newly acquired righty.

In fact, were it a normal day in a normal season, Zack Wheeler likely would’ve gone the (shortened) distance in yesterday’s first of two games.

But it was not a normal day, nor is this a normal season. Thus, the first domino fell.

The Phillies, as I’ve reiterated multiple times over the last few days, are facing their first series in over a week, after the Marlins COVID-19 outbreak forced the team to shutdown/stagger all of their game, practice, and social activity.

This, combined with the rash of pitching injuries we’ve seen pop up all over the Major Leagues, forced Joe Girardi’s hand, and, after 6 very strong innings from Wheeler, he was tugged. He threw 87 pitches.

Had Zack been in a rhythm, had he been fully stretched out, he would have had zero issue closing out yesterday’s game — but the Phillies’ manager couldn’t risk it… and who can blame him?

Yet, SOMEHOW, after Wheeler’s exit, the Phillies bullpen nearly managed to squander a full 8-run cushion in the 7th inning.

Because Austin Davis and Trevor Kelley couldn’t manage to log THREE SIMPLE OUTS on their own, Hector Neris was forced to close out the first game of the day — doing so on one single pitch.

There goes the second domino.

Then, it was Nola day… and man, was yesterday’s start a refreshing one.

Aaron Nola stared down a fully stacked Yankees lineup, and did exactly what we saw him do in 2018 — he mowed them down, one-by-one. He threw, legitimately, one bad pitch, which Luke Voit punished him for — but, other than that singular curveball, the Phillies ace was untouchable.

And then, the Deja Vu began to set in.

Were it a normal day in a normal season, Aaron Nola likely would’ve gone the (shortened) distance in yesterday’s second of two games.

But, just like Zack Wheeler — Nola was tugged after six remarkable innings.

Had he been in a rhythm, had he been fully stretched out, Nola would have had, you guessed it, zero issue closing out yesterday’s second game — but the Phillies manager couldn’t risk it… and who can blame him?

But Hector the Protector wasn’t available.

This team wasn’t about to risk the health of their ONLY reliable bullpen piece. Losing Neris would be like digging their own grave in this 60-game sprint of a season.

Up until that 7th inning, the Phillies were setting up a precarious lineup of dominos — one misstep would cause all of the meticulously planned pieces to topple to the ground.

Tommy Hunter was that misstep, that singular domino that wasn’t placed quite properly. It wobbled for a bit, the team held its breath, and then, it fell, forcing the other six innings worth of dominos to fall along with it.

Sure, the offense should have scored more runs early against the Yankees’ dominant bullpen — and yes, this Phillies relief core is catastrophic…

But, if Zack Wheeler had been in a regular season rhythm,

If Aaron Nola had been fully stretched,

If Hector Neris had been available,

The Phillies might have swept yesterday’s double header against the best team in baseball.

Instead, the dominos fell, and the Phillies fell along with them.

I didn’t know where else to write this up, so I figured I’d stick it here to give you all a smidgen of hope heading into today’s series bookend.

First, today marks the final time that the Phillies will have to face the Yankees this season — HOORAY!

He tossed 7 shutout innings, allowing 4 hits and walking 2, while striking out 6.

That lineup included scary dudes like Giancarlo Stanton, Gleyber Torres, Didi Gregorius, and a red-hot, Rookie of the Year candidate, Miguel Andujar. Aaron Judge was not in the lineup that day, nor was DJ LeMahieu (who the Yankees hadn’t signed yet) — but Eflin’s effort was still super impressive.

He’ll need to shine in order for the Phillies to take this one home, and split the four-game series.

Third and finally, I’ll be at the ballpark today — so feel free to follow @TheGoodPhight on Twitter, or myself, @AlexCarrMLB, for updates throughout today’s game!

For my sanity’s sake, I hope it’s a good one.