Whatever you think of the election’s outcome, there’s no denying that November 3rd, 2020 was a great night for weed across the nation. In the Southwest, Arizona voters approved legalized recreational cannabis, just as Montana voters did in the Mountain North, New Jersey voters did on the East Coast, and South Dakota voters did in the Plains. Cannabis also continued its spread into the South as Mississippi voters passed MMJ legislation. There are now only fifteen states in the US that do not allow for the consumption of any type of cannabis.

In other positive news for cannabis, President-Elect Joe Biden will decriminalize marijuana federally and expunge all non-violent criminal records after he’s sworn into office. That is, as long as he keeps his campaign promise. Unfortunately, this is no sure thing.

Where Does Biden Stand on Marijuana Reform?

Many cannabis advocates are pointing to the Biden-Harris team’s transition website as a cause for concern that the incoming presidential administration will renege on their support for cannabis reform. While Biden’s racial equity plan goes into detail on multiple criminal justice reform policies that will be prioritized, cannabis decriminalization is no longer on that list. This is despite the fact that throughout the campaign in both speeches and on his own campaign website, he directly linked cannabis reform to justice reform and racial equity programs. Because of this marijuana reform stance, cannabis stocks soared when Biden’s presidency was announced 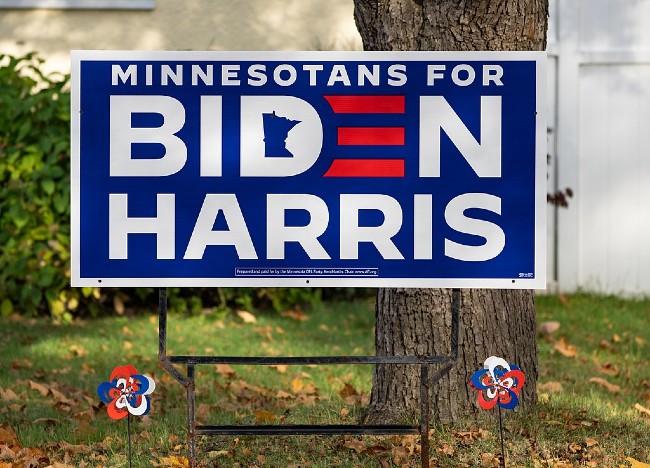 During their campaign, Biden-Harris committed to making cannabis reform a priority. We are yet to see if they follow through. photo credit

Cannabis advocates can’t be blamed for their skepticism. There are reasons to believe that the Biden administration would push cannabis reform to the back-burner of his agenda. The truth is that Joe Biden has never been, nor will he ever be, a passionate cannabis crusader. He has taken his sweet time coming to even a half measure like federal decriminalization and views it mostly as a justice reform issue. His public statements do not mention that marijuana is mostly harmless and has countless medical benefits.

However, none of that means that he’s actively sweeping his campaign promise under the rug. A Joe Biden presidency may still be America’s best chance yet for real progress in terms of marijuana.

During the campaign, President-elect Biden was vocal in his support of decriminalization as one pillar of his platform promoting racial equity for the African American community. Encouragingly, his vice-president has far more progressive views when it comes to cannabis reform.

Kamala Harris has spoken fondly of smoking up while in college and is on record as saying “Listen, I think [marijuana] gives a lot of people joy, and we need more joy in the world.” While her cannabis reform record isn’t spotless during her years as a prosecutor, she’s been strongly pro-legalization as a Senator for California. She’s called for legalization and criminal justice reform in her book, and even in 2018 was publicly saying “Making marijuana legal at the federal level is the smart thing to do, it’s the right thing to do.” She also stated via tweet, “Marijuana laws are not applied or enforced in the same way for all Americans, many whose lives have been ruined by these regressive policies. We must change the system.” 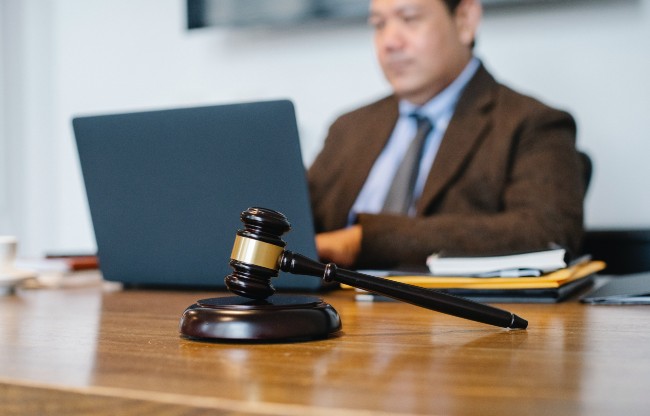 Kamala Harris is much more involved and committed to changing the system than Biden. photo credit

While not calling for full legalization as a vice presidential candidate, as recently as September she said in a town hall that “Under a Biden-Harris administration, we will decriminalize the use of marijuana and automatically expunge all marijuana-use convictions and end incarceration for drug use alone.”

Kamala Harris also co-authored the Marijuana Opportunity, Reinvestment, and Expungement (MORE) act in the Senate, which is currently up for a vote in Congress and is expected to pass through the house easily. The bill goes even further than the previous STATES act by removing marijuana entirely from the federal Controlled Substances Act, rather than simply promising no federal interference for states wishing to legalize and allowing cannabis companies access to banks. The MORE act would also expunge criminal records and direct tax funds to be reinvested in communities damaged by the war on drugs.

Cannabis Reform Beyond the White House

Biden has not vocally supported the MORE bill, which is a disappointment to many in the cannabis community. However, Biden is also dealing with transitioning into the presidency with pandemic and an economic crisis, so the fact that he is not turning his attention to cannabis is understandable. Most believe that if this act that was co-sponsored by his vice president gets to his desk, Joe Biden will sign it.

However, when it comes to cannabis decriminalization, legalization, and every other pressing issue facing the country, much of it may be out of President-elect Biden’s hands.

The presidency is only one branch of government and only so much can be done by executive action.

Biden may be able to deschedule cannabis by executive action, which could at least allow for some medical research and potentially turn possession into a misdemeanor offense. He can also expunge some criminal records.

Any major action beyond that rests in congress and the senate, which is where the trouble comes in. Congress will almost certainly pass the MORE act, but unless Democrats are also in control of the Senate, the bill may die there. Mitch McConnell has obstructed the passage of bills for financial relief in an economic crisis and a pandemic, so no one should be surprised if a cannabis decriminalization bill doesn’t pass either, let alone a revolutionary legalization bill. If both Democratic candidates in Georgia are elected to the Senate in January, things look much better for cannabis reform.

So (barring Republican obstruction in the Senate), will President-elect Joe Biden follow through with the cannabis reform policies that he ran on and vocally supported? It’s hard to imagine that he wouldn’t, given the political winds.

Primarily, he owes a lot to communities of color for his win, and decriminalization or legalization is one of the pillars of criminal justice and racial equity reform (of which there are many, and more needs to be done before full equity can be realized.) 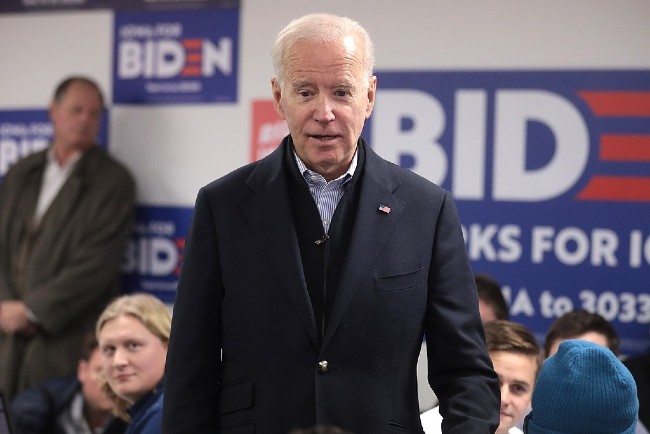 Many are counting on Biden to take action on criminal justice and racial equity reform. photo credit

His vice-president is strongly for full legalization and will most likely press him privately to follow through with his campaign promises. Over two-thirds of the states (both red and blue) and over two-thirds of the population of the nation that he now represents support cannabis reform.

Even if Joe Biden was strongly against cannabis decriminalization, which he doesn’t appear to be, it’d be political suicide at this point not to bend to the will of the people. It’s a divided nation, and ending cannabis prohibition is one of the few things we all seem to agree on.

If the Senate bills remain stalled due to Republican obstruction, less progress can be expected on the federal level. In that case, flipping a few more states to full legalization in the meantime can’t hurt. Local activism and local elections matter, so vote early and vote often.

What are you looking forward to in cannabis reform? Share your thoughts in the comments!