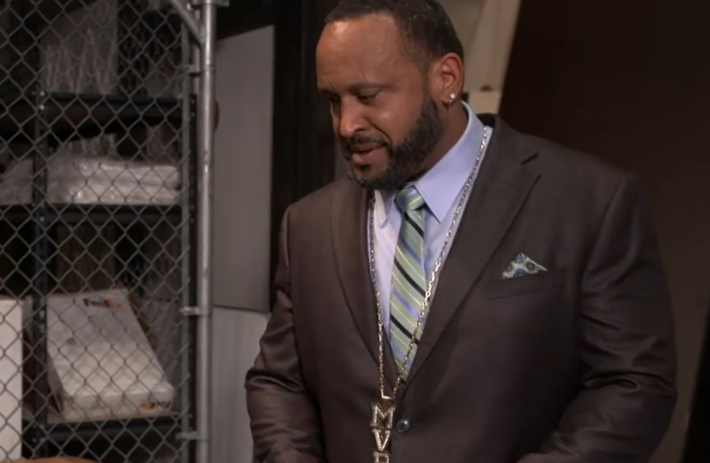 Get real time updates directly on you device, subscribe now.

No one expected one of the best parts of WWE this year to be MVP. He made his return at the 2020 Royal Rumble, being very quickly eliminated by Brock Lesnar. We’d soon see him have what was intended to be one final match with Rey Mysterio, with retirement on his mind.

Now months later, he’s involved in a faction with Bobby Lashley & Shelton Benjamin, has a shot at the United States Championship at Summerslam, and now a new multi-year deal with WWE.

MVP Is In The Hurt Business For The Foreseeable Future

Taking to Instagram, MVP would proudly announce that he won’t be going anywhere for the foreseeable future. He’d announce his new contract with the following statement.

“Tonight, I’m drinking ‘the good stuff’. Yamazaki 18 from Suntory Whisky is the spirit of choice. I have come to terms with WWE on a multi year deal. MVP is in the hurt business for the foreseeable future!”

WWE would have been fools to not get MVP on a longer contract with how great he’s been in the past few months. He’s proven to be a jack of all trades, putting on solid matches, being second to none on the microphone, and even being fantastic on commentary for WWE Main Event.

A Backstage Role Might Still Be In His Future

Earlier this year, he was set to transition from an on-screen talent into a backstage role within WWE. This was likely what he was brought back for, and while that role was never clearly defined, many believe he was going to become an agent.

An agent in WWE is someone who helps put the matches together, with men like Jason Jordan, Tyson Kidd, Micheal Hayes and D’Von Dudley being among the current backstage agents working for WWE.

While MVP’s currently red hot in WWE as part of The Hurt Business, should this faction not work out, and MVP’s onscreen presence fizzles out? He can easily move into the backstage role he was meant for, now with the satisfaction of a very big run late in his career.

His next big match comes at Summerslam when he faces Apollo Crews for the United States Championship. Will he celebrate his new contract with a big title win? Let us know what you think in the comment section down below.