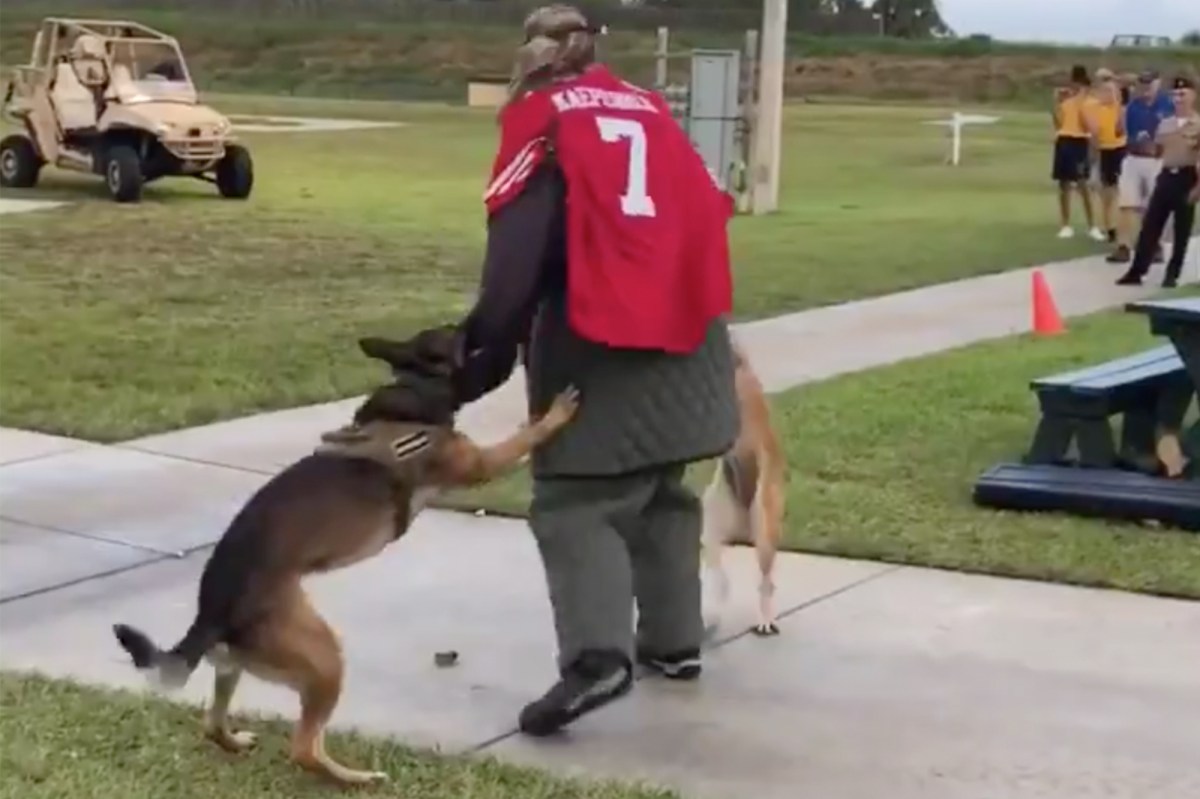 The Navy on Sunday said it is investigating video footage that shows military dogs at a SEAL museum fundraiser being sicced on a male “target’’ wearing a Colin Kaepernick football jersey.

“Colin Kaepernick stand in Josh gets attacked by 5 Navy SEAL dogs for not standing during the National Anthem at a Navy SEAL Museum fundraiser,’’ says a posting next to the video.

The footage first surfaced on Instagram in January 2019 but only came to the Navy’s attention Sunday, according to the Naval Special Warfare Command in a tweet.

“The inherent message of this video is completely inconsistent with the values and ethos of Naval Special Warfare and the U.S. Navy,’’ wrote the command, which oversees the Navy’s special operations forces, including SEALS.

“We are investigating the matter fully, and initial indications are that there were no active duty Navy personnel or equipment involved with this independent organization’s event.’’

Kaepernick is the former San Francisco 49ers quarterback who sparked the NFL’s anthem-kneeling controversy in 2016 to protest racial injustices in the country.

The man in the SEAL museum demonstration wore a torn No. 7 red and white jersey with “Kaepernick” on the back — just like the one the quarterback donned for his one-time team — as he was being bitten on his arms by the training dogs.

The museum, which is located in Fort Pierce, Fla., is registered as a non-profit and “shares the legacy of the world’s premier special operations force,’’ according to its website.