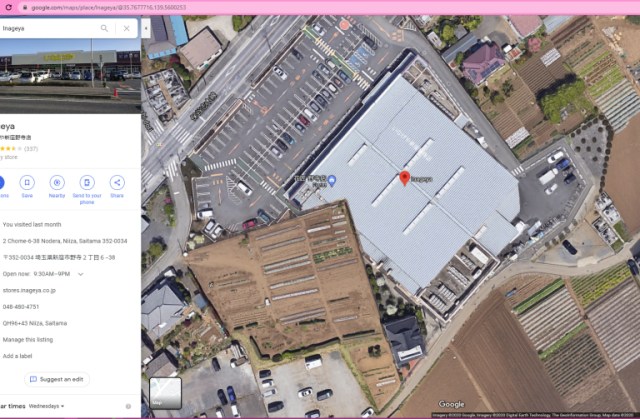 Rumors are flying around the web that the weird layout is due to land disputes or financial drama, but we went to Saitama to get the real scoop.

Climb high enough into the sky and you can see the world from a brand new perspective. It’s easier than ever to glimpse that bird’s-eye perspective, thanks to Google’s ever-updating Google Earth, Google Maps, and Google Street View projects, and therefore much easier to see some peculiar choices in land development. One such case has cropped up a few times this year — a supermarket in Saitama, Japan, which seems to have had a nasty collision with a nearby field.

▼ From above it looks like the field is cutting a chunk out of the supermarket.

Most surprisingly, even people who allegedly used the supermarket, Inageya Niiza Nodera, were surprised to see how bizarre its construction was from above. How could someone who’s used the supermarket, shopped inside its very walls, not be aware of the awkward slice cut out of the supermarket’s side? And how come it had been built like that, anyway? Why was Inageya built so close to farmland? Had they perhaps kicked out some kindly old farmer to secure the land?!

We sent our Japanese-language reporter Tasuku Egawa off to go see what was up. Of course, he immediately went inside the supermarket to see how weird it felt from the inside.

▼ Not very weird at all, as it turns out.

Space here is arranged quite neatly. A dry cleaners’ and a florist shop are packed into the tiny little trapezoid of space next to where the field intercepts the Inageya supermarket, and both are separated from the main supermarket building by a wall. 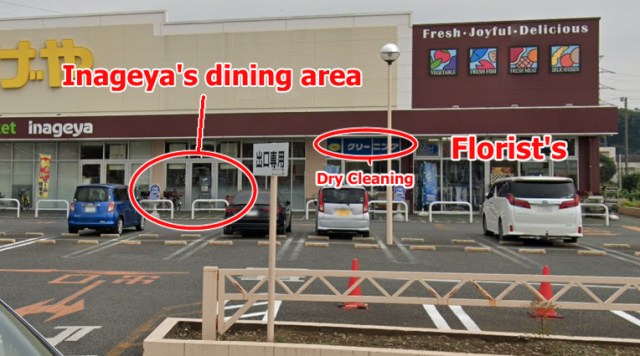 Next to those shops, inside the Inageya proper, is where the supermarket’s dine-in area is situated. Tasuku assumes the long strip that runs alongside the field is the spot in the video that’s filled with vending machines, drinking fountains, and ATMs. It is actually much smaller than the satellite shot leads you to believe. 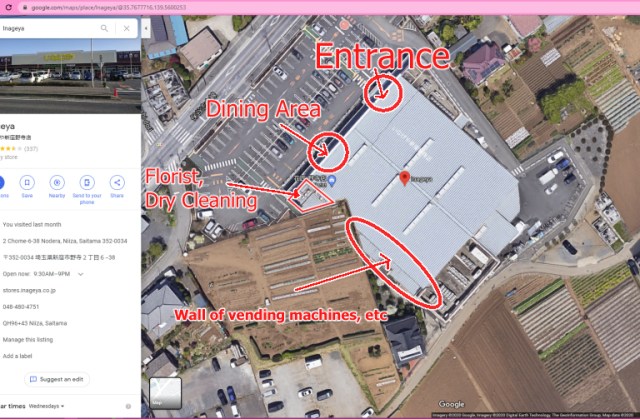 So there’s one mystery solved. It turns out that a cunning supermarket architect can easily work around the logistics of a field that happens to exist in the middle of it, and an average customer will never even notice. But why was that even necessary in the first place? Could it be that there was some sort of ancient curse on the land, forbidding the field from falling into the encroaching claws of capitalism? Or maybe some stingy landowner cut up the rights to the land like this as a funny prank?

According to the Japan Food Journal, this branch of Inageya opened over 15 years ago. It was unlikely that whoever oversaw the land-selling process was still around, and even if they were and remembered all the details, Tasuku doubted they’d spill everything to a nosy reporter like himself.

Right as he was losing hope, he caught sight of a worker in the field. 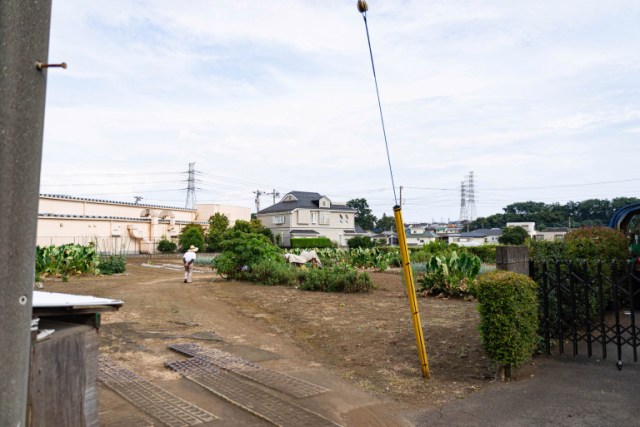 Apparently, the elderly gentleman in the field was its current owner! What luck! Tasuku questioned him about the weird relationship between his field and the Inageya beside it, silently praying that he wouldn’t accidentally offend him with his aggressive line of questioning. Thankfully, the field’s owner was eager to help.

First, he put paid to any talks about originally owning the land purchased by Inageya’s developers. The land was originally owned by a neighboring rice farmer. In time, the area upstream of the nearby Kurome River was developed as a housing complex and the quality of the river’s water began to deteriorate to unsafe levels. Just coming into contact with the water could cause inflammation, something our source claimed to have experienced himself. Since the rice field used river water, its crop was impacted as well.

▼ Kurome River in all its glory. 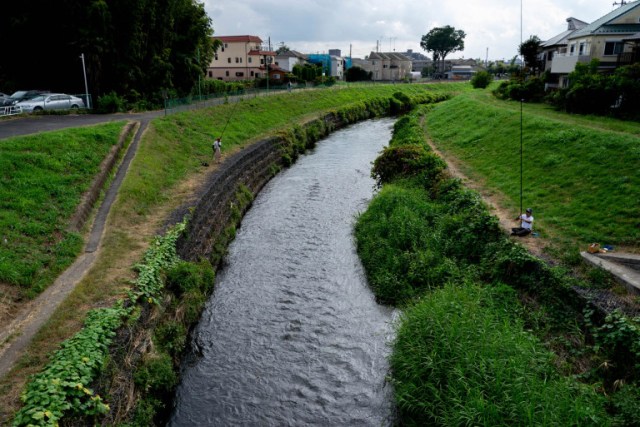 The old man’s memory was quite hazy, but his description of the layout seems to place it somewhere in the Showa era (1926-1989). His claim about the river water being dangerous is corroborated by water quality surveys from Saitama Prefecture’s official website. Around this time, even more houses were built nearby and the rice farmer sold the plot of land to be turned into a tennis court.

The second the tennis court came down, Inageya went up…and there it stands, to this day.

No curses, no bad blood, no sad old man being kicked out due to money-grubbing supermarket developers. While this story might not have the glitz and glamor of the rumors flitting around on social media, there’s a kind of quaint beauty to it. Why not go hunt out some ways your own hometown has changed over the years? As we already know, scouting out spots on Google Maps is a great starting point.