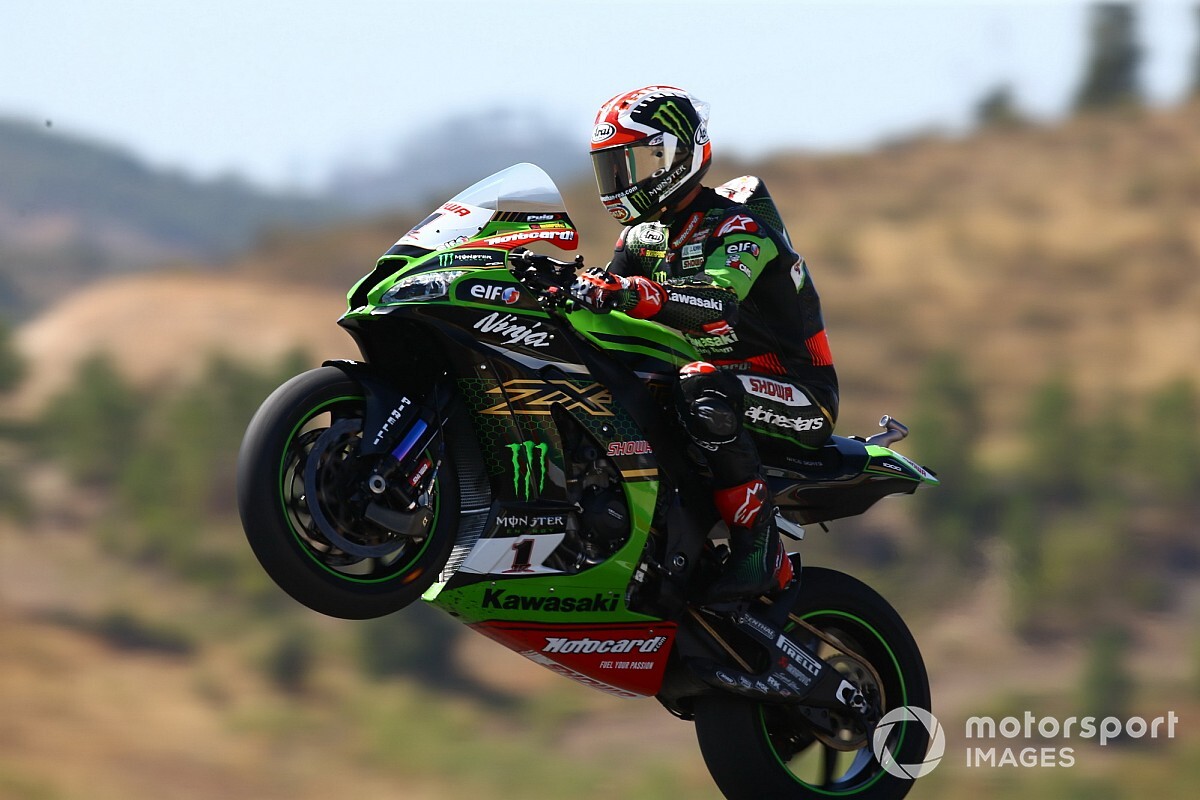 From pole, Kawasaki rider Rea was practically unchallenged over the course of the 20-lap race, holding off Yamaha man Toprak Razgatlioglu at the start and gradually opening a gap.

After five laps, Rea’s advantage had grown to 1.4 seconds, and by half-distance the reigning champion had escaped to the tune of 2.4s.

Finally Rea crossed the line with more than five seconds in hand for his first victory this year in a full-distance race, both of his previous triumphs coming in the Superpole race.

Razgatlioglu finished a comfortable second but his teammate Michael van der Mark endured a more eventful race on his way to the final podium spot.

Van der Mark slipped behind the Ten Kate Yamaha of Loris Baz at the start to drop to fourth, and a mistake on lap seven dropped the Dutchman to sixth behind both Redding’s Ducati and the second factory Kawasaki of Alex Lowes.

But on lap 10 van der Mark was able to repass both Lowes and Baz before picking off Redding three laps later to secure third.

From eighth on the grid, Redding climbed as high as third but couldn’t maintain his pace in the second part of the race, falling victim to Lowes on lap 16 and then surrendering further places to Michael Ruben Rinaldi’s customer Ducati and Baz on the penultimate lap.

Redding just hung on to seventh at the finish from the lead BMW of Tom Sykes, marking the first time he has failed to finish on the podium in WSBK.

Completing the top 10 were Alvaro Bautista (Honda) and Eugene Laverty, who scored his first top 10 finish since joining BMW.

Chaz Davies endured a difficult race on the second factory Ducati, ultimately finishing 11th ahead of the second Honda of Leon Haslam.

Rea’s victory means he closes to within eight points of championship leader Redding in the riders’ standings, while Razgatlioglu moves up to third ahead of Lowes.