After reading a recent interview with Spotify founder and CEO, Daniel Ek, which had a “how to lose friends and alienate people” approach to public communications, I tried to unravel the economics of how on earth musicians are supposed to manage on the royalties that streaming services send their way.

I found myself so tangled up in tiny percentages and splits that I gave up and reached for the nearest soothing Chillout playlist. Ek, whose fortune is estimated by Forbes to be $4bn (£3bn), gave a surprisingly honest interview to the website Music Ally, in which he framed critics as the old guard, ill at ease with the inevitable new way.

He said that, while no artists will publicly say they’re happy with the income Spotify creates for them, from their own work, “in private, they have done that many times”. (What, you wonder, could be in it for a musician to sweet talk the boss of the largest music subscription service in the world?) “Obviously, some artists that used to do well in the past may not do well in this future landscape, where you can’t record music once every three to four years and think that’s going to be enough,” he added, arguing that successful artists today have realised that “it’s about creating a continuous engagement with their fans”.

This is a bleak model that, when it works, works for pop, and while I would have argued that pop was music for a time in my 20s, it’s not going to be lucrative for anyone who isn’t Drake or Lady Gaga. I pay for Spotify, so I am part of the problem. I know that £9.99 a month for access to almost all music, ever, is a steal. I also go to gigs and buy records and merchandise, yet I haven’t been able to do any of those things recently and may not be able to do so for some time. Telling artists to work harder at this time is astonishingly tone-deaf.

Beyond the question of fairness, the idea of “continuous engagement” suggests that music is no more than a product, something to be pressed on the factory line and endlessly stuffed down the public’s greedy, unfulfilled throats. That is unfair to both sides. Fans can wait and often it is worth it; after all, Adele is one of the biggest pop stars in the world and she has released three studio albums in 12 years. In Ek’s future landscape, there wouldn’t be just a 19, 21 and 25, there’d be a 20, 22, 23 and 24, too, and on, until the well runs dry.

John Boyne: eye of newt… or is that Octorok? 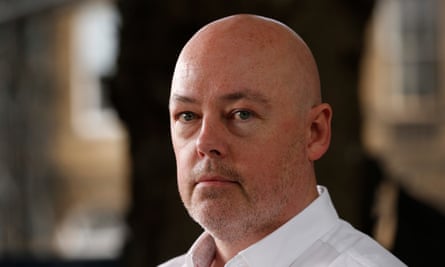 Right now, the news cycle is mostly an unwelcoming pit of despair whose purpose seems to be to make dystopian novels look as if the writers lacked imagination.

Occasionally, though, a news story comes along that gives us a much-needed lift. Last week, it was via author John Boyne, whose new historical novel, A Traveller at the Gates of Wisdom, contains a passage about what is required to dye a dress red. “I employed spicy pepper, the tail of the red lizalfos and four Hylian shrooms,” says the narrator, which, as the writer Dana Schwartz then highlighted on Twitter, appears to be a recipe taken straight from the Nintendo game The Legend of Zelda: Breath of the Wild. Even way back in ye ancient times, you’d need more than a spot of Vanish to get Keese Wings and Octorok eyeballs out of your tunic.

Boyne took the information in good spirits, admitting that he couldn’t remember, but that he must have just Googled it, surely living out any writer’s recurring stress dream. He also said he would add the game to the acknowledgements in the future paperback edition. There’s a lesson to be learned here: there but for the grace of Google go I.

Ellen Pompeo: anatomy of a money-maker 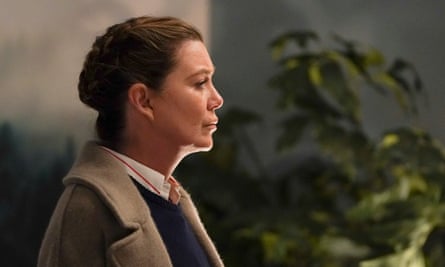 Though I don’t believe in guilty pleasures, I do believe in comfort viewing and Grey’s Anatomy is the ultimate comfort watch, soothing, familiar and reliable for when the latest hyped-up but harrowing comedy-drama proves too draining.

The pin holding it all together is Ellen Pompeo, who has played Meredith Grey since the series began, in 2005. Many of her co-stars have since jumped ship, but it’s her name on Grey’s Anatomy, after all.

“For me, personally, a healthy home life was more important than career,” she told Jemele Hill, on the podcast Jemele Hill Is Unbothered, explaining that she “made a decision to make money and not chase creative acting roles”. Far from sounding ungrateful at the Grey’s Anatomy mothership, her reasoning was sound and her frankness important, though not new. In 2017, Pompeo wrote a piece for the Hollywood Reporter in which she discussed how she came to be the highest-paid woman in TV drama, with a $20m-a-year deal. Then she made a similar point, that she wanted freedom from chasing acting roles.

I love it when women are secure enough to talk honestly about ambition and money. There is a lingering sense that both are unseemly topics, which makes any rare openness about them all the more refreshing. In 2017, Pompeo recalled calling showrunner Shonda Rhimes, wondering if she was “greedy” for asking for her fair share of the series’ sizable profits. I suspect there weren’t many men around asking the same question of themselves.

• Rebecca Nicholson is an Observer columnist