Stuart Scott fought. He battled appendiceal cancer, and for many, the treatment the ESPN sports anchor endured is unimaginable. He shared some of his journey in his 2014 ESPYS speech.

An introductory video shed light on much of his journey. Everyone watched as he sat on an examination table at Johns Hopkins Hospital in Baltimore. Scott’s blood was drawn as he awaited results that could help him and, more importantly, help others.

He would learn if he met the criteria to enroll in a clinical trial research study.

But before that day, Scott endured more than 55 rounds of chemotherapy since his cancer diagnosis in 2007.

As the video ended, there were no dry eyes in the house. He walked onto the stage, grabbed his trophy from actor Kiefer Sutherland and greeted the crowd.

“You saw me in that clinical trial. … That’s why all of this, why we’re here tonight, that’s why it’s so important. I also realized something else recently. You heard me kinda allude to it in the piece. I said, ‘I’m not losing. I’m still here. I’m fighting. I’m not losing.’ But I’ve gotta amend that. When you die, that does not mean that you lose to cancer. You beat cancer by how you live, why you live and in the manner in which you live.”

He was first diagnosed during an emergency appendectomy. He went into remission, and cancer returned in 2011 and once more in 2013.

Scott said in a New York Times piece published in March of 2014, “I never ask what stage I’m in, I haven’t wanted to know. It won’t change anything to me. All I know is that it would cause more worry and a higher degree of freakout. Stage 1, 2 or 8, it doesn’t matter. I’m trying to fight it the best I can.”

He was empowered by the late Coach Jimmy Valvano, famous for the encouraging words: “Don’t give up, don’t ever give up.”

The V Foundation added Scott to its roster. Along with ESPN, the foundation continued his legacy by establishing the Stuart Scott Memorial Cancer Research Fund, which supports minorities through two types of grants. One funds research of cancer disparities in minority communities, and the other offers support to V Scholars, which are scientists from minority groups that are often underrepresented. The early-career funding helps them establish labs, and it launches their careers as cancer researchers.

Scott was a champion for cancer research and was driven to improve the fight for African Americans.

“Our father got seven years after he was diagnosed with cancer,” his daughter Taelor Scott told The Undefeated. “And that is seven years we may not have had. So while we miss him, and it feels awful that we lost him, I think looking back and realizing we got seven extra years is something that again I want for other people. Like at the moment, while we don’t have a cure for cancer, an extension of the time that you do have is really important. And I think that that should be an availability and something that everyone gets to kind of participate in and benefit from.”

In a recent report from the State of Cancer Health Disparities in 2020 by the American Association for Cancer Research, data shows that the breast cancer death rate is 39% higher for Black women than white women. Black men are diagnosed with cancer and die two times more than men of other races or ethnicity. And those only scratch the surface. 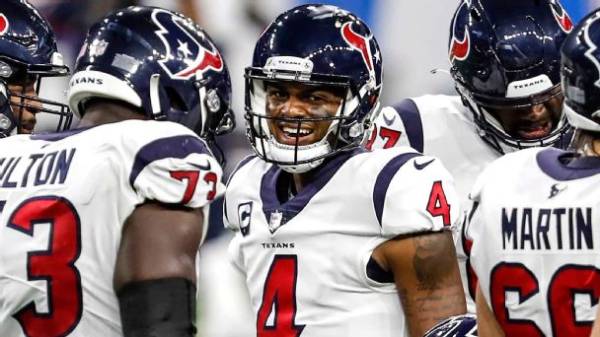 The V Foundation’s efforts and funds for the Stuart Scott Memorial Cancer Research Fund is partly to help communicate the importance of clinical trial studies, a topic that has plagued the Black community for centuries.

African Americans are also less likely to participate in clinical trial studies, mainly due to the history of systematic racial distrust embarked upon Black people since slavery and the lack of lay information dissipated into communities of color. Since its inception, the Stuart Scott Memorial Fund has made $10.5 million in research grants from combined funds raised.

According to the website, they are “working to close the gap, overcome racism, unconscious bias and disparities” in their work to end cancer.

Kelley Evans is a general editor at The Undefeated. She is a food passionista, helicopter mom and an unapologetic southerner who spends every night with the cast of The Young and the Restless by way of her couch.