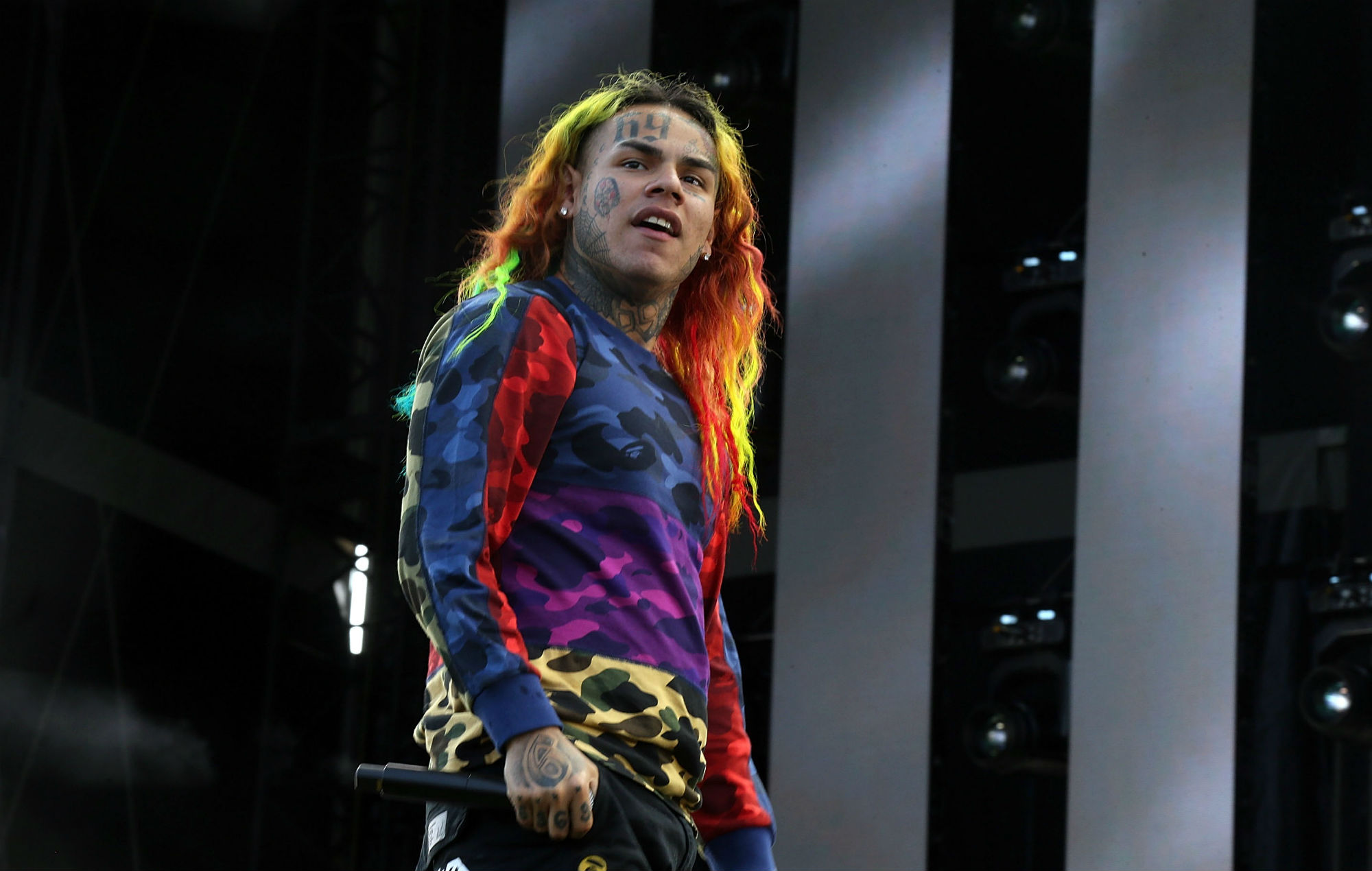 Tekashi 6ix9ine has explained that he doesn’t fear for his life despite being seen as a “master troll” due to his controversial behaviour.

The rapper was sentenced to 24 months behind bars last year for nine charges including conspiracy to murder and armed robbery. He was released in April over coronavirus fears and finished the home confinement part of his sentence last month.

Yesterday (September 10), 6ix9ine appeared on the latest edition of Logan Paul’s Impaulsive podcast after dropping his new album ‘TattleTales’, his first full-length since being released from prison.

During the lengthy conversation, he was asked if he ever feels like his life is in danger due to his tendency to goad people. “I’m not stupid, right. I said it before and I’mma say it again. Me and [XXXTentacion] was really close,” he replied.

The rapper then brought up Pop Smoke’s murder in Los Angeles earlier this year. “Every comment was, ‘Where was his security?’ 6ix9ine has security. He’s pussy.”

The interviewers noted that XXXTentacion and Pop Smoke hadn’t prompted the same level of controversy as 6ix9ine. “Basically, what you’re saying to me is, ‘They weren’t doing the things you are doing Tekashi and they still ended up dead’. So what difference does it make?” he responded.

Questioned on why would “push [his] luck” and potentially put himself at risk, 6ix9ine said: “Because I have them [his security guards].” You can watch the full interview above.

Meanwhile, Tekashi 6ix9ine has claimed that there is “no difference” between himself and the late Tupac Shakur: “Tupac Shakur was convicted of rape. Is Tupac Shakur loved or hated? Loved!”