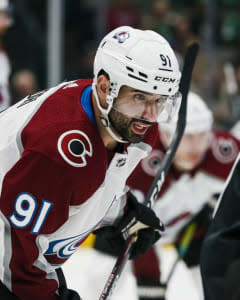 Round-robin play will finish with Vegas-Colorado in the West and Tampa-Philadelphia in the East. All four teams will finish in the top two spots of their respective conferences, so the only impact it will have is on seeding. The winners of each matchup will face the No. 12 seeds – Chicago in the West and the Habs in the East, who enter the first round with some momentum after staging dramatic upsets as huge underdogs.

Carter Hart, PHI at TB ($31): Hart was excellent against Boston with just one goal allowed on 35 shots. The Flyers are a little banged up but they’ve also looked like the best team in the East during round-robin play. MoneyPuck has the Lightning’s chance of winning at just 50.6 percent.

Marc-Andre Fleury, VGK at COL ($30): Yahoo has Fleury as the projected starter, but if Peter DeBoer is true to his word and keeps his rotation, Robin Lehner ($24) should get the start instead. Lehner was better anyway so he’s a defensible pick, but picking Fleury at this price is a bad investment. He hasn’t looked sharp and the Avs have elite high-end talent.

Nazem Kadri, COL vs. VGK ($20): He’s been very good with two points and nine shots through two games. Vegas likes to swap scoring chances with their opponents so that should open up the ice for the Avs offense. Kadri’s one of the key players on the second line and the second power-play unit.

Brayden Point, TB vs. PHI ($27): It feels weird to leave off the No. 1 center on one of the league’s best teams, but the Lightning’s top line hasn’t been as dominant as we’ve expected. The Lightning offense is missing a key piece in Steven Stamkos and have squeaked out one-goal games in both of their wins. They’ve also had just two power plays through two games.

Tyler Johnson, TB vs. PHI ($13): His line has been getting buried, but they came through in a big way with four points in a one-goal win against Boston. He’s not the offensive player he once was but this is a good way to get exposure to Tampa’s quality depth. Johnson also plays on the top power-play unit, giving him some added value.

Joel Farabee, PHI at TB ($12): His ice time was limited last time out, but he generated a couple scoring chances. The first-round pick will likely take Jakub Voracek’s spot in the lineup and play on the top line. He should be one of the best value picks of the night.

Nikita Kucherov, TB vs. PHI ($32): When he’s not scoring at an elite level, the value proposition just isn’t there. Combined with an underrated Philly defense and tough goaltending (assuming Hart starts), Kucherov’s upside seems capped. He has two points and six shots in two games.

Andre Burakovsky, COL vs. VGK ($17): He’s usually quiet most nights, and even when he does find the scoresheet he never puts up any numbers that wow you. He had two shots and two points in Game 2 and that’s about as exciting as it gets. He doesn’t shoot often, so despite a career year with 20 goals he’s a lower-end second-line forward.

Shea Theodore, VGK at COL ($21): He had a monster game against the Blues with two goals on seven shots, and even though Nate Schmidt is the better all-round defender, Theodore clearly has the most offensive upside among defensemen above $20.

Samuel Girard, COL vs. VGK ($16): The undersized, underappreciated defender leads the Colorado blue line with 39 shot attempts and a plus-21 differential. Cale Makar, who hasn’t been as productive as he was during the regular season, also plays slightly fewer minutes at even strength. With Vegas’ goaltending woes at the moment, it could be a high-scoring game since both teams prefer to swap scoring chances.

Ryan Graves, COL vs. VGK ($17): His offensive production isn’t reliable, so what you’re looking for is mainly blocked shots, except the Avs have been so good they haven’t spent that much time in their own zone. The peripherals make him a safe pick, but there are much better options for the same price.

Mikhail Sergachev, TB vs. PHI ($16): With Victor Hedman in the lineup his value is always going to be capped. He has yet to register a point in the playoffs and the Lightning have received just two power-play opportunities so far, the lowest in the league.